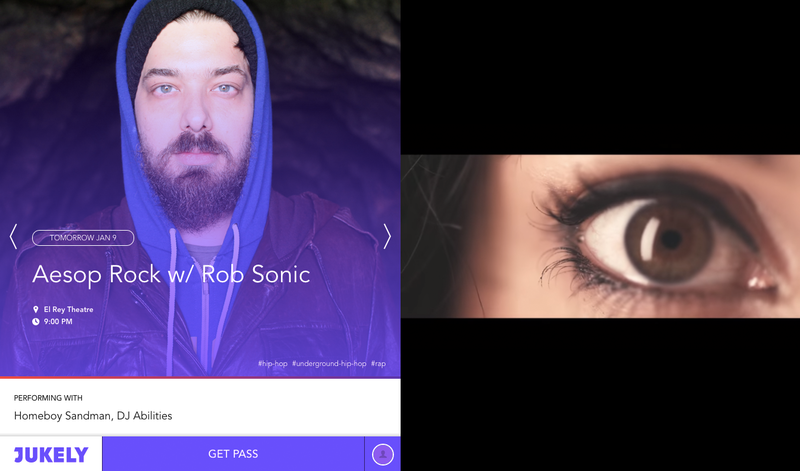 Jukely is a fascinating concept that’s going to change the concert/music industry in the metropolitan areas. Jukely allows subscribers to go to as many music shows as you want for $25 a month.
The UI is dead simple to use. You navigate left and right to see the list of shows and the selected artist’s music video starts playing on the right. Once you find the show you want to see, you grab a pass. That’s it. You can even connect to services like Rdio, Spotify, Last.fm and SoundCloud to get personalized recommendations on upcoming shows. This is also such a great way to discover and experience live music that would have been missed otherwise.
This seamless experience of not needing to think about purchasing a ticket and when to go is what they are trying to sell it seems — just as CDs progressed into MP3s and then into unlimited cloud streaming service. I would love to see this innovation move further into ticketing experience as well. Rather than having your physical or digital ticket scanned one at a time, you simply walk into the concert with your smartphone — similar to how you can purchase a product at the Apple Store with their mobile app and walk out after it’s been purchased.
I’m quite curious to see how they are or plan on dealing with users distributing screenshots of the ticket to others. Will they be checking IDs? Or whether you’ll be able to hand out a limited number of tickets to your friends if you are not able to go to many shows in a given month for whatever reason. I will share my thoughts here after my hands-on experience. 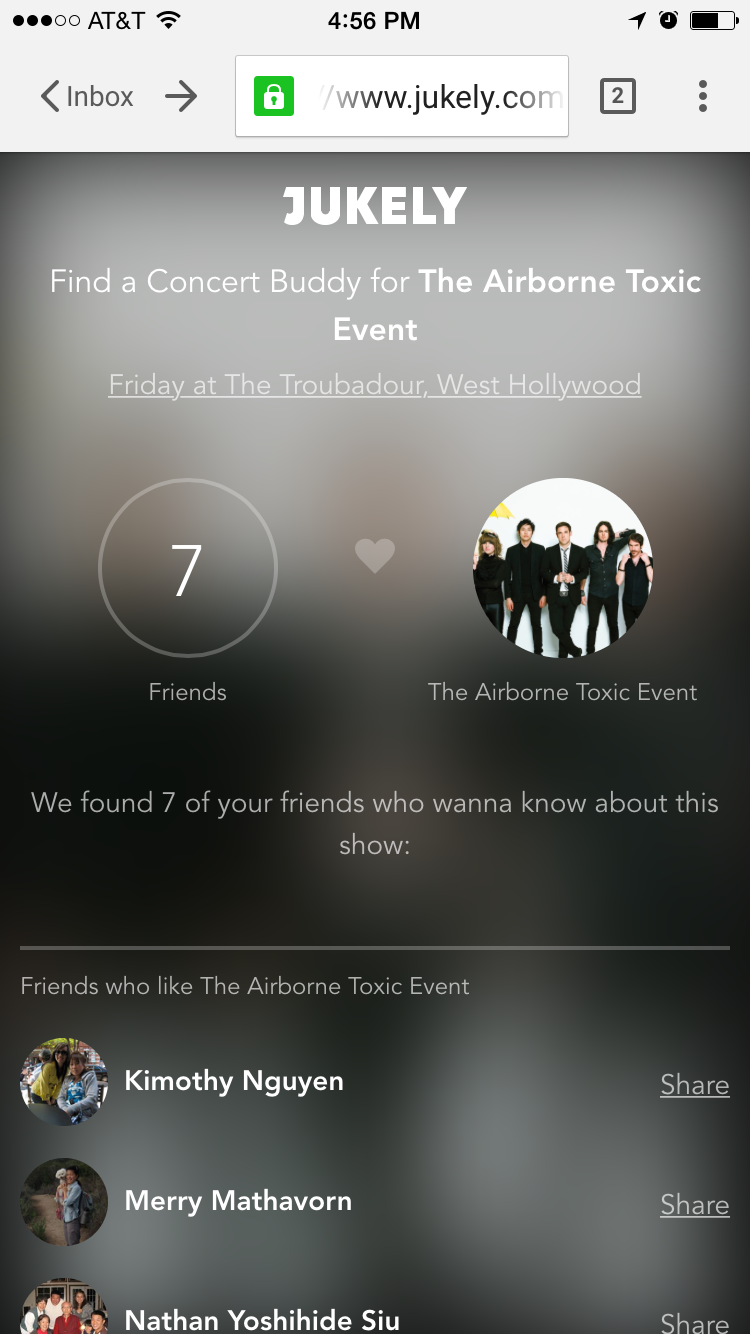 The concert matchmaking interface makes it easier for you to find your “date" via Facebook.
via Jukely

Quote of the Day

ideation quote innovation
The wish in the fairy tale is the beginning of science. -- Louis Kahn

Problem with Being Ahead of Your Time 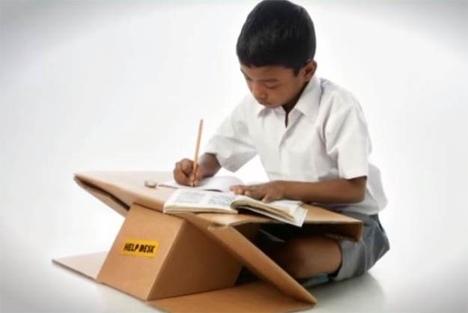 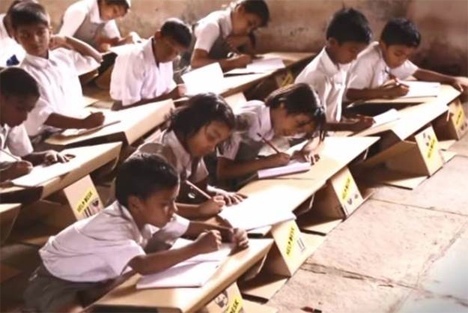 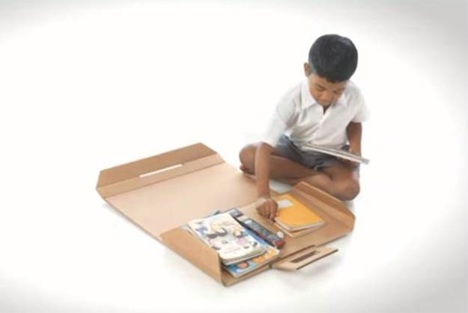 After seeing OLPC (One Laptop Per Child) and other highly-designed and technology-focused products for the developing countries fail one after another, it's quite clear that most designers and technologists have difficult time understanding what the people in developing countries really need and are struggling with.
Aarambh, a nonprofit organization based in New Bombay, recognized the disconnect and created a clever dual-purpose desk/backpack from a cardboard designed to address basic necessities needed for education -- a backpack to hold books and a desk to study on.
Watch Video
Relevant Articles:
In Philippine Slums, Capturing Light in A Bottle (example of how a simple, affordable solution can make a worldly difference)
Kids Don’t Need Equipment, They Need Opportunity by Ellen Ruppel Shell (originally published July 1994 from Smithsonian Magazine)
via Dornob 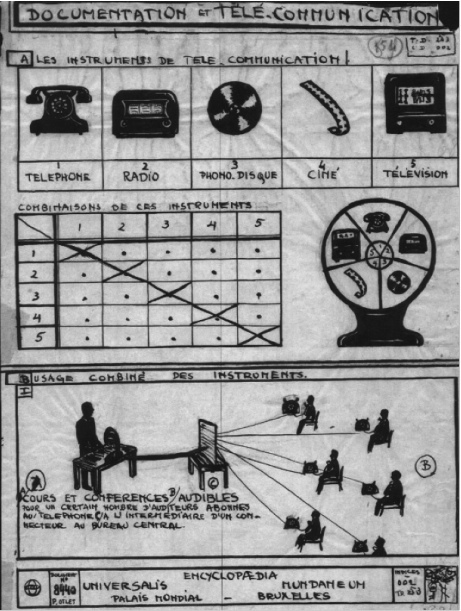 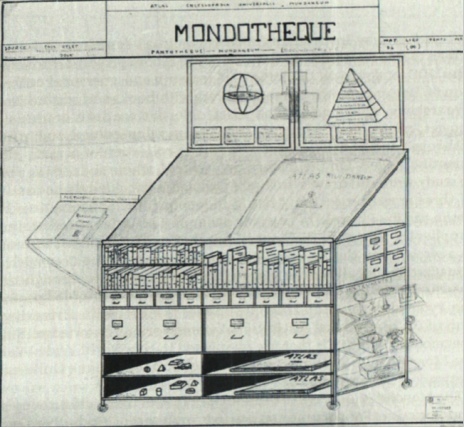 "Everything in the universe, and everything of man, would be registered at a distance as it was produced. In this way a moving image of the world will be established, a true mirror of his memory. From a distance, everyone will be able to read text, enlarged and limited to the desired subject, projected on an individual screen. In this way, everyone from his armchair will be able to contemplate the whole of creation, in whole or in certain parts." -- Monde by Paul Otlet, 1935
"With war clouds gathering, Wells urged the crowd to focus their attention on the potential of networked information to bring about a transformation of the human condition. 'The world has to pull its mind together,' he said, 'This synthesis of knowledge upon which you are working is the necessary beginning of a new world.' The next year, Wells published a collection of essays on this theme under the title World Brain. 'The whole human memory can be, and probably in a short time will be, made accessible to every individual,' he wrote. “It can have at once the concentration of a craniate animal and the diffused vitality of an amoeba."
"He imagined the eventual emergence of a 'super-human memory' fanning out across the globe in a 'world-wide network' that would foster cooperation among the world’s universities, research institutions, and other centers of intellectual life. The optimism of the 1937 conference proved short-lived. In 1940 the Nazis invaded Belgium. A Nazi delegation interrogated Otlet about his 'foreign contacts.' Soon enough, Nazi troops stormed the Palais Mondial, destroying much of the collection to make room for an exhibition of Third Reich art."
via Atlantic

Why Do Wearables Succeed or Fail? It's About Cultural Meaning 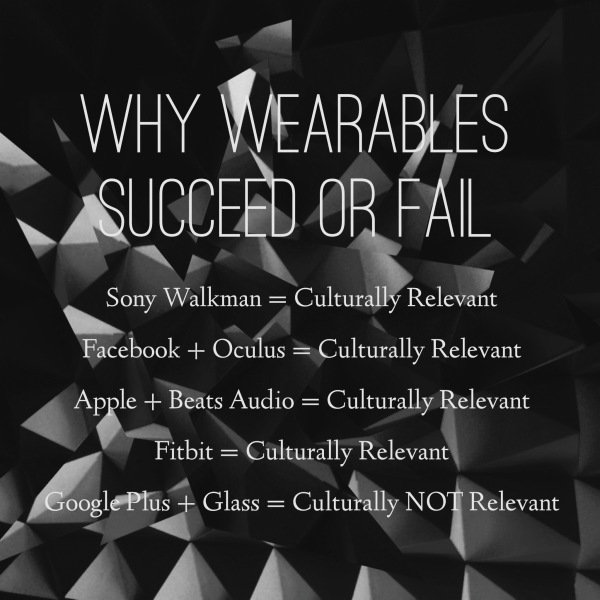 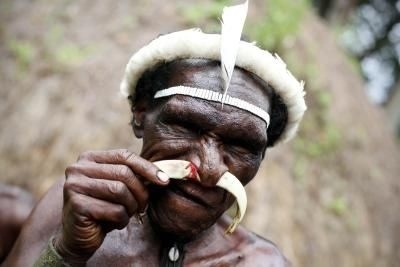 An example of wearable that has a relevant cultural meaning to a particular tribe in Africa, but not to us.
Relevant Articles:
What if Apple bought Beats not for headphones, but wearables?
Livestrong bracelet: To wear or not to wear?