How to Learn to Use Something

Filed under: culture ux ui interface instructional usability technology
Smartphones and laptops seem so ubiquitous to us all. But in reality, the ubiquitousness we experience every day is based on a series of learned behaviors. Someone once said that, "The only intuitive interface is the nipple. Everything else is learned."
For example, using something as simple as magazine seems like a piece of cake, but in reality a series of interaction involved in using such object is quite complex — as depicted in the parody of iPad reader/ebook apps below created by Khoi Vinh. 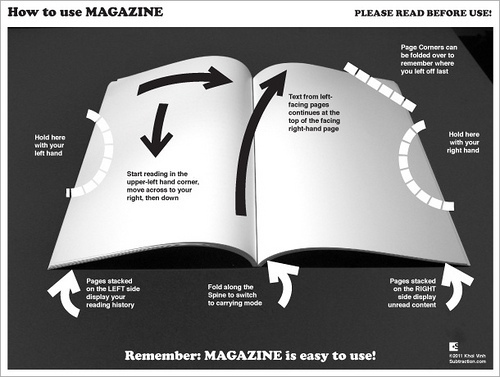 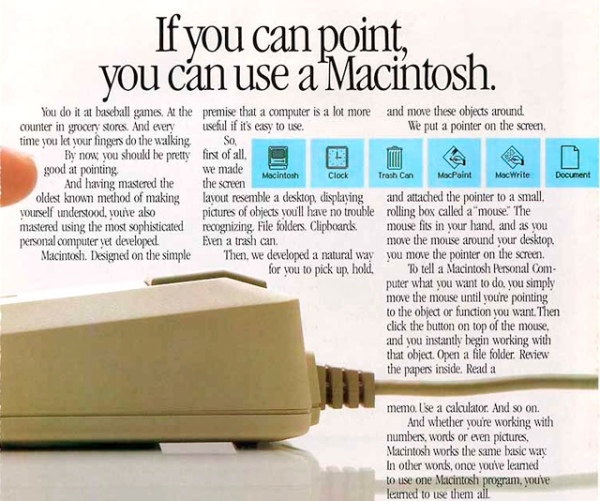 Often times, conjecturing up an image of known disposition to communicate how a system works is very effective. When Apple released Apple Macintosh 128k, an one of a kind personal computer ever released, Apple introduced a handful of mental models to help understand basic principles such as file system and page scrolling that were not clearly understood at the time. 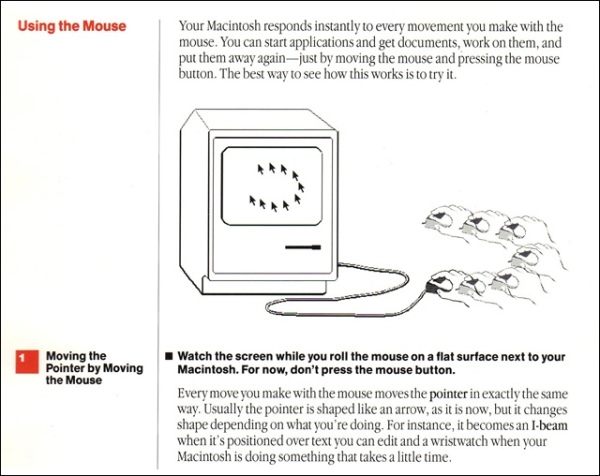 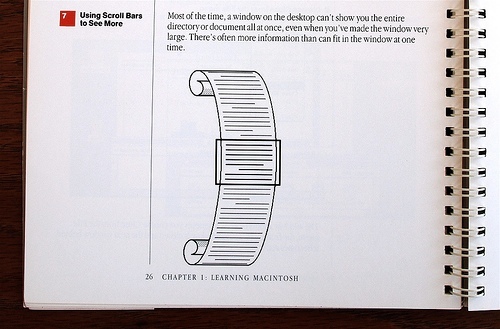 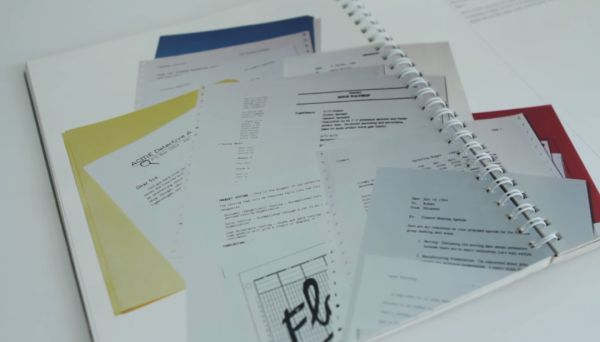